Two Jewels from Cuba, arrive to Phoenix, debuting in SEGUIR with Convergence Ballet. 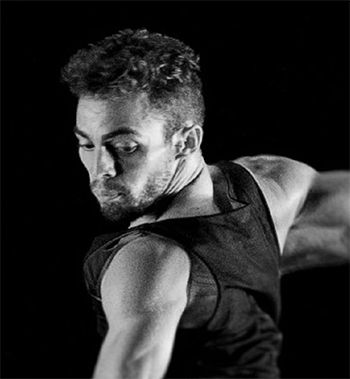 Joan Rodriguez was born in Havana, Cuba in 1992. After eight years of dance study he graduated as a ballet dancer and dance instructor at the School of Ballet in Cuba. From the time he was a student he felt a special interest in contemporary dance. After graduation he danced professionally with the Danza Abierta Company for three years. At the same time he collaborated with other dance companies. He has taken workshops taught by choreographers and teachers from such countries as France, Poland, Germany, Hungary and United States.

His first experience dancing in the United States was in June 2013 where, in collaboration with the University of Arts and Sciences in Alabama, he participated in a workshop of dance theater that was performed in the cities of Tuscaloosa and New York. He then started working for the Cuban dance company, Malpaso Dance. In this company he worked under the tutelage of Osnel Delgado, resident choreographer of the group and also had the opportunity to work with Trey McIntyre and Ron K. Brown, two American choreographers.

From 2013 to date Joan has danced in about fifteen cities around the United States and has danced in theaters and festivals such as the Joyce Theater and Guggenheim Museum in New York, The Jacob’s Pillow Dance Festival in Massachusetts, The Yard in Martha’s Vineyard and the Laguna Dance Festival in California, among others. He also participated in the Luminato Festival in Toronto, Canada. During this time he gained experience not only as a dancer, but also as a teacher, choreographer and even as artistic director. Joan recently decided to make his life in the United States and now lives in Phoenix where he hopes to continue contributing to the world of dance.
Phone: 1 623-312-0520
Email: jowin92.jr@gmail.com

Taimy Miranda was born in Havana, Cuba. She graduated from the National School of Modern Dance and Folklore as a Dancer and Professor. Taimy danced with Danza Contemporanea de Cuba and had the opportunity to collaborate with several notable national and international choreographers such as Mats EK, Itzik Galili, Pedro Ruiz, George Cespedes, Osnel Delgado. She has also danced with Malpaso Dance Company where she worked with Ronald K. Brown and Trey McIntyre. She has been featured in festivals such as Jacob’s Pillow Dance Festival in Massachusetts, Laguna Dance Festival in California, The Joyce Theater in New York, Luminato Festival in Toronto, Guggenheim Museum in New York, Dance Place Theater in Washington DC, The Yard in Martha’s Vineyard.
Taimy Miranda Ruiz de Villa
Phone: 1 623-312-0329
Email: catwomanybatman@gmail.com
Classes: Modern Dance Technique, Contemporary Technique
Workshop: Folklore